On Sunday, July 14, the Jewish Arab Orchestra and the vocal group Shiluvim Koliym from NYCC were invited to Tel Aviv to perform at the 50th International Physics Olympiad’s Awards Ceremony. Four-hundred students from over 70 nations were represented at this event and even more supporters and spectators were at the ceremony.

The Orchestra played ‘Hungarian Fusion’ –  a song arranged by their madrikh Idan Sharon. Shiluvim Koliym sang ‘Circle of Life’, and together they all performed ‘We Are the World’. It was absolutely astonishing, to say the least. I was covered in goosebumps and it brought tears to my eyes.

The atmosphere backstage was filled with excitement, nervous jitters, and lots of laughter. The musicians were tuning and playing their instruments, the singers were warming up their vocals, and it created a beautiful sound of musical commotion. 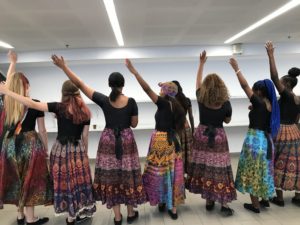 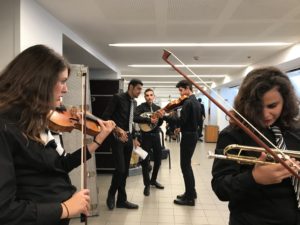 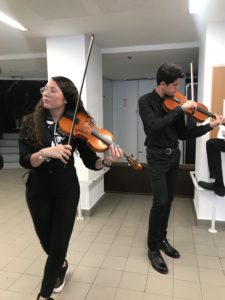 It is hard to explain the experience of being behind the scenes before, during, and after a performance. I essentially had a backstage pass to one of my favorite musical groups, and I got to hear how they were feeling and what they were excited about. I had individual conversations and got to know some of them personally, and even got some group photos! 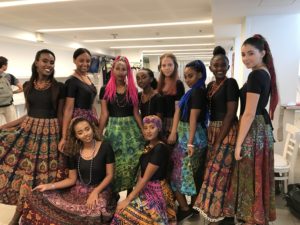 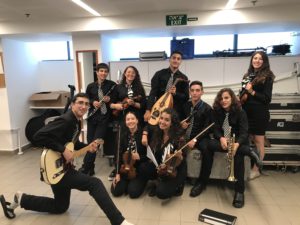 I cannot express enough how blessed I feel to have firsthand experience with these talented individuals. To hear a snippet of their performance, check out this video. I hope that the rest of the world will enjoy it even half as much as I did!

My Journey to NYCC

Highlights of “Shiluvim” in South Korea

The Neve Yosef Community Center was established in 1987 and is professionally staffed with an interdisciplinary and multifaceted team of instructors, social workers and counselors who serve the social, educational and cultural needs of the mixed ethnic populations of Haifa in general and eastern Haifa in particular, including Jews, Arabs, Christians and new immigrants from Ethiopia and the former Soviet Union.