More Than Just an Orchestra 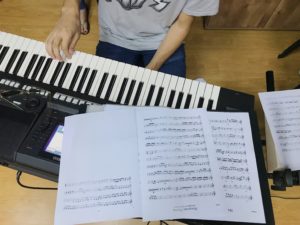 Recently I had the really cool opportunity to sit in on a rehearsal for the Jewish Arab Orchestra at NYCC. I went in thinking it was going to be a simple music rehearsal, but it ended up being so much more.

The Jewish Arab Orchestra is not a traditional orchestra. It encompasses a variety of instruments – classical instruments from the West and ethnic instruments from the East – and puts an emphasis on cultural diversity and unity. Different styles of music are fused together to create songs that enable all cultures to be represented; and the music is astounding(!) might I add.

When I sat down in the rehearsal and they began to play, my jaw dropped open and I sat there starry-eyed, admiring the cohesive bond between all the musicians. I smiled for so long that my face hurt afterward. In this room I witnessed discipline, encouragement, laughter, and felt a joy that came from deep down in my soul. Not only was the sound amazing, but the individuals exuded a humble confidence that grabbed me and made me feel like I was part of this musical experience. 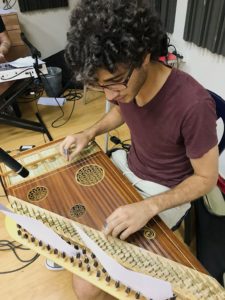 At one point during the rehearsal, the power went out and I jumped at the opportunity to get to know the group and take a deeper look into what was happening within. The first person I dialogued with was Ghadi – a 15-year-old student from Haifa.

Ghadi has been playing the Qanun – a string instrument found in the Middle East – for five years, and has been a member of the Orchestra for three. He eagerly shared about his positive experiences in the group and expressed that nothing can be compared to the fusion of diverse instruments and creating one fluid sound. In addition to instrumental diversity, he addressed the diversity of the individuals in the group saying,

“We come here and it is always fun. It doesn’t feel like we are coming in for a job. I would really like to go play in other countries. Israel has a reputation for being very divided, but this Orchestra can serve as an example to other countries that there is unity among Arabs and Jews.”

Another individual who gladly emphasized the diversity of the group was Ron, a recent high school graduate from Kiryat Motzkin. Ron played trumpet for seven years before switching to bass and has been a part of the Orchestra for two years. When I asked Ron about how he feels about the group, he said, 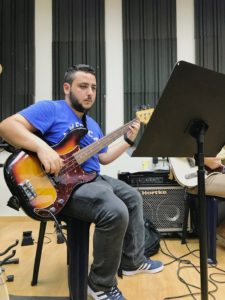 “I love it. This mix of cultures – it is something different that you can’t find in other places. And the music – you’ll find jazz or classical music, sometimes even blues; never something this special. You won’t find it anywhere else.

Additionally, we are taught a lot about the music industry here. We don’t just learn about the orchestra, but about ourselves as individuals and as musicians.” 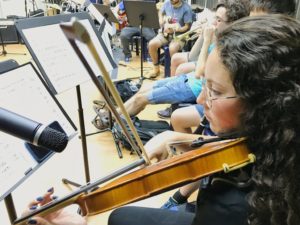 Nayrooz is a sophomore from Druze village Sajour, and she has been playing violin for five years and is a first-year in the Orchestra. She chimed in saying,

“It is nice to be in a band with people who like you. Music can teach you many things about life, and in a band you have to listen intently to one another. I have become a much better listener.”

It was a gift to hear the hearts of these young people and their personal stories of how involvement in the Orchestra has positively impacted their lives. 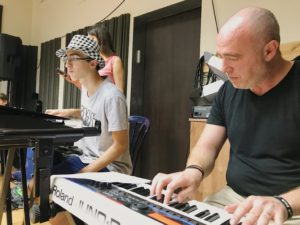 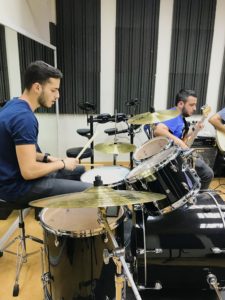 Shortly after, I talked with Idan – their madrikh (or mentor). He played a huge role in the creation of the group, and has continued to invest and pour his heart into it. Idan arranges all of the music and spends time mentoring the members not only as musicians, but as individuals and future leaders. 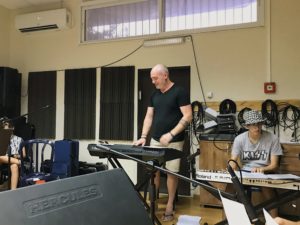 Idan described the formation of the group, explaining that it took time and hard work to create a diverse group of people and instruments. However, when they formed a steady group, it was like magic. When I asked Idan how he thought having this Orchestra benefitted the members and the community, he said,

“There are so many benefits. There is exposure to different music cultures, and there is magic in combining East and West. There is a variety of taste from all of these people, and everyone can enjoy our music. For example, there is a song that combines Arabic parts and Hungarian dance. 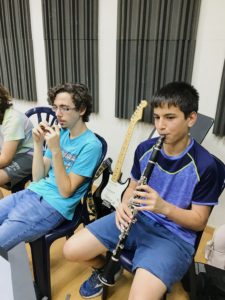 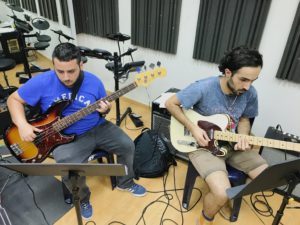 Besides that, there are benefits for the individual. We are investing in clothing, instruments, and the mentality of the players; they’re playing real instruments and it is shaping the way they look at life.”

I then asked Idan – “What is your favorite part about guiding the orchestra?”

“It keeps you young and fresh. You are always interacting with young people and have the opportunity to help them manage fears and lead them to success. I always tell them, ‘Do not worry about anything. Play, have fun, chill out.’ 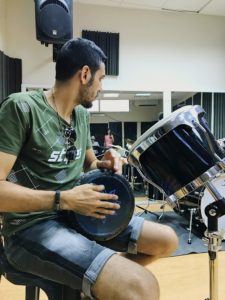 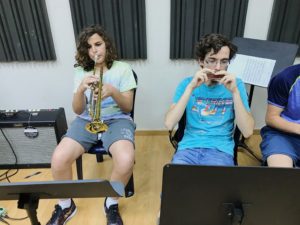 Every rehearsal is like magic. No one is judging you – I am here to help them and teach them the instruments of life. Don’t be afraid to speak up and say what you think – the same applies here. Self-confidence begins here when they are able to manage things and find success; it then projects onto other aspects of life. They come here and are like flowers – growing as social individuals, and it reflects in their music too.”

I agree with Idan – the rehearsal was magical. This group sends such a powerful message to those who listen and I feel so privileged to have witnessed this firsthand.

Stay Tuned! The Jewish Arab Orchestra will be performing at the President’s House in Tel Aviv this Sunday, July 14. I am fortunate enough to be joining them at their concert and am so excited to share about it afterward.

My Journey to NYCC

Highlights of “Shiluvim” in South Korea

The Neve Yosef Community Center was established in 1987 and is professionally staffed with an interdisciplinary and multifaceted team of instructors, social workers and counselors who serve the social, educational and cultural needs of the mixed ethnic populations of Haifa in general and eastern Haifa in particular, including Jews, Arabs, Christians and new immigrants from Ethiopia and the former Soviet Union.